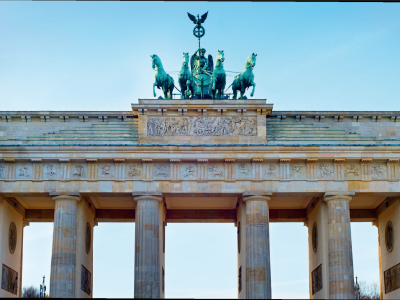 GCP Europe, a European umbrella association of installers of technical building equipment, is pleased to announce the dual election of Mr Karl-Walter Schuster as the association’s next President, and Mr Paul Wilczek as new Secretary-General. Their term started immediately after the General Assembly that took place in Berlin on 21 October 2016.

Mr Schuster, being delegated by the Federal German Industrial Association for Building Services and Technical Installations (BTGA), already acted as Vice-President in the previous term of GCP Europe’s Board of Administrators. Upon his election at the annual General Assembly, he commented:

‘Energy saving is on everyone´s lips. It dominates the political debates and the media. But this is not all - houses are not there because to save energy. Humans have learnt to build houses for the protection from harsh weather circumstances, hence to create healthy and comfortable conditions for life and work and for the good of human productivity. Therefore, indoor air quality must be twinned with high efficiency and eliminating energy-wasting. Seeing to their equal footing is our responsibility as the installers.’

Mr Thijs de Wolff stepped down as Secretary-General after 3,5 years. On behalf of the association, the President thanked De Wolff for accompanying GCP Europe in difficult times. ‘No-one can underestimate the contribution you have done for GCP. Without your help and your outstanding efforts GCP would not be today´s GCP’, Schuster said.

At an exciting time to be a part of GCP Europe and its accelerating synchronization with policy-makers and Brussels-based organisations, the role of Secretary-General is now with Mr Paul Wilczek. For the past 11 years, Wilczek has held various roles in the public affairs sector and EU association management in Brussels.

Michael McCloskey (23 June 1949 - 17 February 2016)
A minute of silence was observed to commemorate a friend and colleague from the contractor’s trade, Past President Michael McCloskey (23 June 1949 - 17 February 2016). Under his leadership GCP Europe took on not only a new name and a new look, but also re-established the structure and soundness of the association. His great achievements will never be forgotten.