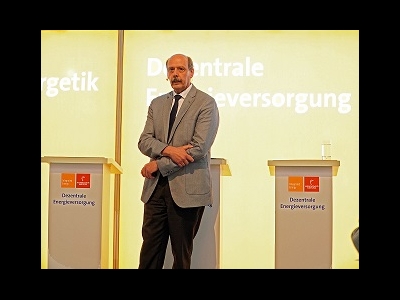 On 4 April, Clemens Schickel, GCP Europe’s Chair of the Energy Working group, was invited to speak at the conference held during the Building Energy Technologies 2019 in Hannover Messe as part of our partnership.

Mr. Schickel presented on the revised Energy Performance of Buildings Directive (EPBD), which entered into force in June 2018, and the German Energy Saving Ordinance §12. He focused on the energy inspections of air conditioning systems according to Article 15 of EPBD. GCP Europe was actively involved in the development of this article. He also highlighted that inspections of heating and cooling systems are key to reducing the energy consumption and improving indoor environmental quality in non-residential buildings. Mr. Schickel also noted that the inspections of air conditioning systems are based on the existing standard EN 16798-17.

Building Energy Technologies 2019 was a five-day fair where manufacturers and providers of building services met industry leaders. GCP Europe thanks BET 2019 for the partnership and the opportunity to discuss GCP Europe’s views on EPBD.