GCP Europe welcomes a new Board and Secretary General! 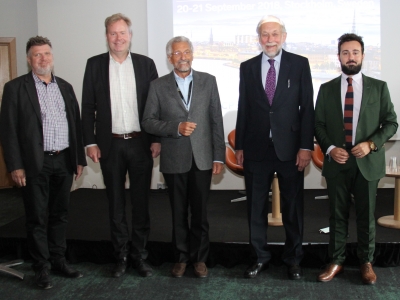 On the occasion of the joint GCP Europe – AIE “Installers’ Summit 2018” taking place in Stockholm on the 20 and 21 September, GCP Europe has elected the new Board Members.

In addition to the election of the 4 Board Members, GCP Europe Members have also renewed the Presidency of Karl-Walter Schuster for another year until end of 2019. Mr. Schuster is the CEO of the company kwschuster Management + Consulting Gmbh and Member of the German Association BGTA.

During the General Assembly on 21 September, GCP Europe Members officially approved and welcomed the new Secretary General, Luca Conti. Luca is an Italian graduate in Law from the University of Genoa and in European Studies from the Vrije Universiteit of Brussels. He has worked previously in the printing and graphic sector, and has broad experience in the EU Affairs.