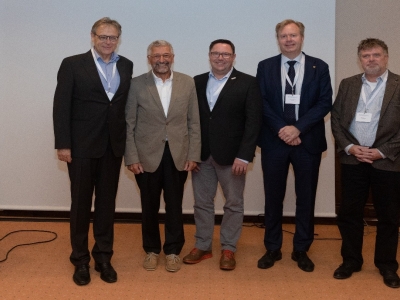 During the Annual GCP Europe General Assembly held on 18 October in Montreux, GCP Europe Members have elected Johan Lindstrom as a new President of the Association. Mr. Lindstrom is the Managing Director of Plåt & Ventföretagen - the Swedish tinsmiths and ventilation association and was Member of the GCP Europe Board since 2016. Karl-Walter Schuster remains in the Board as a Past President. Two new Board Members have been elected: Adolf Lauber from the Austrian Association VTGA and Jens Wegner from the German Association ZVSHK. The previous Board Members Ana Maria Gasco from Conaif – Spain, Brendan Duffy from M.E. & B.S.C.A. – Ireland, and Soren Schmidt from TEKNIQ Arbejdsgiverne - Denmark have been re-elected. The current Board will remain into office for one year until the 2020 GA.

GCP Europe wishes to the new President and the Board the best of success for the upcoming 12 months!