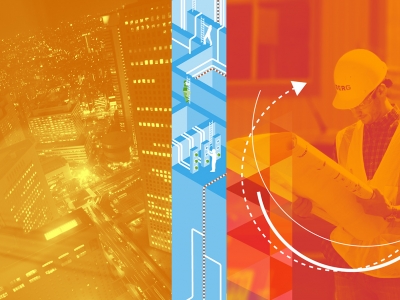 The best installer has the know-how to directly advise and greatly reduce the energy bill of every end-consumer; it is therefore imperative that the efficient building value chain - architects, engineers, manufacturers, and policy-makers – keeps being in sync with installers.

Brussels, 3rd November 2014 - The trade association representing installers of technical building equipment GCI-UICP has changed its name into “GCP Europe”. Such was decided at the last General Assembly in Dublin, last 25th through 27th September.
Carrying a new name, logo, and website GCP Europe is better fit for purpose: highlight the many benefits that optimised technical services offer to European Union decision-makers. The old French acronym ‘GCI-UICP’ already dated back to 2001 following the merger of the former two mechanical installers’ associations, GCI (1935) and UICP (1956).

The General Assembly also saw the election of a new board as well as a new Secretary General. The past president Mr. Michael McCloskey (B&ES, United Kingdom) stepped aside to make place for Mr. Marcel Engels (UNETO-VNI, The Netherlands) as new president. Members’ delegates also elected Mr. Karl-Walter Schuster (BTGA, Germany) as Vice-President and Mr. Thijs de Wolff as Secretary General.
On this special occasion Mr. Engels as new president commented that ‘GCP Europe as a major European association strives to become the EU’s principal spokesman for smarter, more sustainable, and innovative EU policies for the building engineering sector. Applying ambitious energy and climate solutions in our sector is imperative to face the environmental and demographic challenges of the future.’

It is the ambition of GCP Europe to collaborate with EU level stakeholders towards the goal of achieving sustainability in the built environment. Naturally it remains at home in an ever-important issue for Europe nowadays: energy performance of buildings and the growing residential consumption of energy. GCP Europe believes a reinvigorated approach towards energy efficiency by the now installed European Commission’s Team Juncker 2015-2019 is needed.

GCP Europe is an international non-profit association that acts as the voice of the €fficient building engineering services towards the European Union institutions and the Brussels scene in general. It is an umbrella organisation consisting of 22 national member associations (mainly in the EU) whose member companies services cover the width of installation of HVAC, sanitary, renewable energy, application of ICT in the construction process, audit, and performance contracting, to name a few.